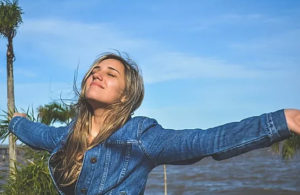 Bulimia nervosa, most frequently referred to as ‘bulimia’ is an eating disorder marked by a vicious binge-purge cycle. Bulimia is an eating disorder that can often go undiagnosed for long periods of time (or forever) because patients typically look physically healthy. Those with bulimia often have a normal body weight and many can engage with food ‘normally’ in social settings, which prevents close friends and family from detecting an issue.

Bulimia is most frequently diagnosed in young women during adolescence but can affect both women and men at any age. Because of the ability for a patient to conceal their suffering, it’s very common for bulimia to persist for years, even decades, into full adulthood. This ability to hide the eating disorder actually becomes part of the pathology by: a) allowing the sufferer to freely engage in their binge-purge cycle without interruption or monitoring and b) by alienating the sufferer, which only strengthens their dependence on the eating disorder.

Some patients develop bulimia without a period of anorexia or restriction beforehand. During childhood or teenage years they may engage in emotional or binge eating and then learn to purge in order to compensate for this. Other patients develop bulimia after a period of time spent intentionally restricting calories. This is triggered by a physiological urge to binge after severely restricting for a prolonged period of time. Regardless of the origin, patients are deeply affected and disturbed by the binges they experience, yet remain trapped in the cycle.

Bingeing refers to eating objectively large amounts of food within a very short time, in a different way from which other people would do within the same period in a similar setting. Often, while bingeing, you feel a loss of control. Thus, you desperately attempt to reverse these feelings and the impact of the calories eaten during the binge.

It is important to note that patients with bulimia also may experience subjective binges, which to an onlooker might not seem abnormal. This could be a quantity of food that would be situationally appropriate or normal but may not feel comfortable to the patient with the eating disorder. There are usually very strict rules around food – certain foods are okay to eat normally during meals and others are eaten only during a binge. The foods labelled “good” are normally quite clean or healthy, which makes the rules difficult to adhere to. There will be a powerful association between “bad” foods and bingeing, meaning that having even a normal quantity of one of these foods can be very distressing OR can trigger a binge.

To someone with bulimia, whether the binge was in fact an excessive amount of food or not is less important than the experience they had eating it. Both types of bingeing will trigger purging.

Purging is a term that describes the use of inappropriate compensatory behaviors to avoid gaining weight after a period of bingeing. Forms of purging include vomiting, use of diuretics or laxatives, and excessive exercise.

After a patient binges or eats something they are not comfortable with, the desire to purge becomes overwhelming and they will relentlessly pursue the opportunity to do so. Many patients with bulimia hate the act of purging but do it out of perceived necessity. Once purging happens, there is immediate relief both physically and emotionally.​

After an episode of bingeing and purging, someone with bulimia will resume their normal eating patterns, adhering to the rules of their eating disorder. It’s not uncommon for them to skip their next meal or several meals to further compensate for the episode that happened prior. That restriction will contribute to the next binge and this is the trap that many patients with bulimia find it extremely difficult to get out of.

The two types of bulimia are:​

Purging type:
This kind of bulimia accounts for the most significant number of bulimia cases. The primary feature for this type of bulimia is self-induced vomiting. It also involves abuse of enemas, diuretics or laxatives after a binging period.

Non-Purging type:
This type involves the use of other inappropriate compensatory methods such as excessive fasting or exercising as opposed to vomiting.

Eating disorders remain mostly understood among medical experts and there is no known cause of bulimia. However, it is agreed that genetic, psychological, environmental, and cultural factors are thought to contribute to its development. These factors include:

Signs and Symptoms of Bulimia

The most prominent sign of bulimia is the consumption of excess food amounts within a short time (bingeing) then getting rid of the extra food by vomiting, exercise, or medication (purging). Other symptoms include:

In the long-run, bulimia can result in physical and psychological complications due to malnutrition, abuse of laxatives, and excessive vomiting. Such complications include:

Poor self-esteem and a negative body image are the fundamental factors associated with bulimia. Unique to bulimia amongst all eating disorders is also an over-evaluation of self-worth based on appearance. This means that patients who struggle with bulimia have most (if not all) of their self-worth based on their body weight and appearance. It is, therefore, vital to include therapy in the treatment process. Treatment for bulimia has three main phases.

A Full Recovery is Possible

Bulimia is treatable, and you can make a complete recovery. The recovery process is different for everybody and will take time. There are both in-patient and out-patient options for bulimia treatment and the option that is right for you will ultimately depend on the level of supervision and support needed. If the eating disorder has contributed to medical instability, in-patient treatment or hospitalization may be the right first step in order to ensure physical safety.

In-patient treatment involves meal supervision along with therapy (usually in groups). This meal supervision can be very helpful for patients who are deeply entrenched in the cycle of binge-purge and can help them return to a state of normal eating that they can continue upon discharge.

Out-patient treatment is best suited for patients who are able to eat with some normalcy around meal times (whether they’ve been discharged from in-patient or haven’t received in-patient care), who are experiencing symptoms of bingeing and purging outside of meals. An out-patient team will be made up of a medical doctor to assess ongoing stability, a nutrition professional to continue working on food and a therapy professional to tackle the underlying issues.

The length of treatment is unique to each person and depends on many factors. A good estimate is a minimum of one year of consistent treatment.

Even if you have struggled with the symptoms and side effects of bulimia for a long time, you can still recover and live a healthy life. The sooner you start your treatment, the better your chances of recovery. We have a team of professionals who are willing to help and walk with you through your recovery. Talk to a medical practitioner for a treatment plan that will address your specific symptoms and resolve the underlying issues.